I listen to a fair amount of indie and post-hardcore, but I do like a good remixed pop song at a club or party. The age of youtube has spawned so many remixes, it’s hard to find groups that are consistently good. Here’s 3 of them that I really enjoy and want to share.

I just discovered these guys (guy? gal?) while trying to find melodic Skrillex remixes that don’t completely ruin the dance vibe with washing machine noises. This was exactly what I was looking for.

Looking at their Youtube and Soundcloud uploads, I see that they’re not quite as big as the other two groups I’m going to talk about, so I felt the need to list them first. Also highly recommend the Michael Jackson/Skrillex and the Kanye/Jay-Z/random dub on their Soundcloud.

They have more of a rock spin than most mash-ups groups I’ve heard.  They do more traditional House mash-ups too like David Guetta vs. Avicii – Where Them Levels At.

On a sidenote, I think New Yorkers should keep their eyes on Rock the Rock NYC, because I can’t name any other NYC festivals for specifically rock/electronica.

I saw them live at Bamboozle this summer and they were the best thing there. Like this, complete with panda masks:

Every major pop song they touch turns to gold. Listen to their top 10 streaming on their website. My favorite track is “Stereo Hands” (remember 720 HD).  Their album “Pandamonium” has 40 tracks less than 2 minutes each, transitioned together, perfect for a party. 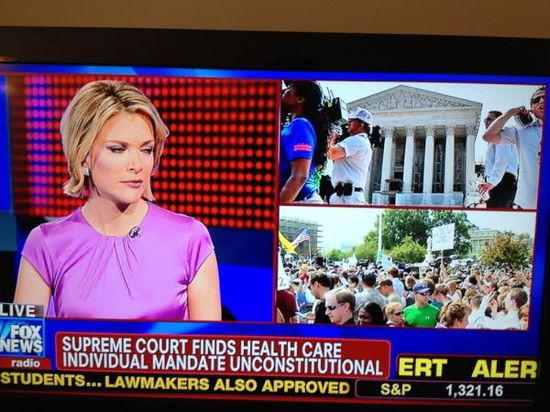 [2013 edit: I realize that this post isn’t as clear in re: statistical analysis as I would like it to be. I doubt the premise will change, but I will do a more thorough data combing in a later post and link to it here in a edit when I do.]

Since I’ve been criticizing people that shit-talk men in my Cosmo post and my defense of DSK. I feel like I have to prove my gender egalitarianism now.

Progressive Current TV newscasters The Young Turks were straight up wrong about something last week. They called it a “fact.” I sent them an e-mail, but they never responded, so in my truth-crusading the need to bitch on my blog kicked in.

I’m writing in regards to your video “Men Raped More Than Women in US?” To your eponymous question, Cenk answered “yes” to men are raped more than women. This notion is simply wrong.

Cenk didn’t cite a statistic in the video, (which he should, if only to pass off blame in case the source is wrong) but the video comments cites Justice Department guidelines (but has no link).

You need to learn how to read and interpret primary sources before passing them off to your anchors as facts. Just because there are more men in prison than women, and there are prison rape epidemics, it does not immediately statistically necessitate that men are raped more than women.

Here is an excellent blog post from Feministe, which cites the Justice Dept. survey about prison sexual assault released in 2012:

The Justice Department survey is linked here. And… yeah. Those numbers are not quite correct, but they are nonetheless horrifying. First of all, “sexual assault” is not always the same as “rape,” and includes a variety of behavior that wouldn’t meet the legal standard for rape. So it’s not clear that there are actually more rapes of men than women, or more rapes of prisoners than non-prisoners…

According to RAINN, there are 213,000 victims of sexual assault in the United States every year.More than 9/10ths of those victims are women and girls. The numbers RAINN uses come from the Department of Justice National Crime Victimization Survey (NCVS). The NCVS, though, is clear that its methodology for gathering sexual assault stats is pretty limited, and probably doesn’t present a 100% accurate picture of what victims experience. The NCVS also doesn’t seem to include prisoners (at least as far as I can tell), but would include people who were sexually assaulted in prison within the past year, but were out of prison at the time the NCVS was taken.

You had better be careful in the future with your fact-checking or risk alienating your women viewers.

People on youtube tried to be all snarky and present other studies with incompatible sampling techniques to prove the amount of men that underreport rape make up the difference. They failed and then I got downvoted for simply citing statistics from the same studies they were supposedly getting their information from.

One such study is the The National Intimate Partner and Sexual Violence Survey on the CDC website, which still says, “Nearly 1 in 5 women (18.3%) and 1 in 71 men (1.4%) in the United States have been raped at some time in their lives.”

Including stalking and other forms of violence bring the stats up to “More than 1 in 3 women (35.6%) and more than 1 in 4 men (28.5%) in the United States.” I still think it’s a good idea to include different forms of sexual violence, but if they broaden the definition too wide, example “stalking,” the statistics are going to include a bunch of unrelated experiences.

Prison rape is still a problem. Male and female rape are still problems. But we need to have honest conversations about the data and where it’s coming from if we’re going to fix it.

For more information on modern masculinity check out The Good Men Project.

Season 5 premiere of Breaking Bad will be on Sunday, July 15 at 10 PM on AMC.

This is a good year for TV.

23% follower to following rate. Could be worse.

You know what’s more important than followers? Retweets. It’s hard to do on twitter if you’re not in a tweet circle jerk. Do me a solid, guys, and check the page and retweet your favorite quote. And comment if you have suggestions!