I wanted to do some real writing these past couple days, but I have to do 20 hours of Continuing Education to renew my Pharmacy Technician Board Certification.  The modules have nothing to do with my job since I’m not allowed to counsel patients, but it’s a formality to say I’m all dedicated to my job and shit.  I’ve learned way more about Ulcerative Colitis than I ever wanted to.  Never become an adult, it sucks.

Today was a good day.  It wasn’t one of those “oh, nothing bad happened” or “holy shit, I won the lotto and got married” kind of days.  It was just one of those days where a bunch of little nice things added up to sunshine and happy.

Apparently, Obama gave a speech last night.  This is what he said:

I like to cave. But this time I’m not caving. I tried to cave a little, but they wanted me to cave a lot. Economy go boom. America sad.

Anyway, back to the good times!

I won $5 at the last flash fiction contest at Boxing With Pencils.  I got a free pair of panties at Victoria’s Secret.  I sampled every tea they have for sampling at Teavanna.  I bought cute shorts with a free belt for only $10.  I helped a lady at the community college register for classes.  I wrote an topic page for Cracked.com about Zebrafish.  Zebrafish are awesome.

I need to do eco-writing more often.

A list of some private and grant-funded projects that are improving Electric Vehicle (EV) battery maintenance accessibility when away from home.

Read more at Suite101: Where do you charge your electric car on the road? Suite101.com http://www.suite101.com/content/where-do-you-charge-your-electric-car-on-the-road-a381431#ixzz1T9Rt6rJ4

This viral video is too perfect for The Gregory Brothers.  Go tell them that this must be songified.

The Army has an Arts and Crafts department?

Around 4 AM last night/this morning I made a post while half lucid on ambien about Amy Winehouse.  By noon it had nearly a thousand hits.

The top search engine results are from Google UK, you wankers.  As of right now, the top terms used to find me were:

I think many people were disappointed I didn’t actually have a list of Amy Winehouse jokes other than that one. So, by popular demand:

And since we’re all horrible human beings:   Amy Winehouse–she took more shots in her arm than a Norwegian youth camp.  (Where’s your Thor now?)

Leave yours in the comments.

My friend on FB had a status update:  “They tried to make me go to rehab, but I said, thud.”  I pointed my e-thumbs up because it was funny.

I, of course, didn’t know Amy Winehouse personally.  I thought Back to Black was a great album and she had some killer hair.  But in response to this news,  I felt nothing.  No other thoughts than “Oh, that’s interesting. I bet the media is going to treat this like MJ lite.”  Is this because where my heart  is supposed to be is a cruel, atheistic black hole for compassion rendering me incapable of ever feeling sad about the death of another human being?

No, it’s because there’s not that much all surprising about her death.  Her battle with drugs and being a general screw-up were pretty public.  The media portrayal of her drunken, coked out antics may or may not be fair, but they were made amusing by the fact that she made a hit single based solely about refusing to get help and she did indeed have funny hair.

Meanwhile, while something terrifying, with a sweeping death toll 90x greater than that of one coked out celebrity,  happens to a peaceful and industrialized nation, the mainstream media blinks and scratches its nuts in confusion.  “Well, that there is a magnitude of infinite tragedy, but there are more interesting questions to answer.  Like at what point in Winehouse’s career did she let the booing her drunk ass offstage upbraid her fragile psyche?”

Anecdotes are the primary emotional knee-jerk rebuke to responses like mine.  Tear-jerkers about how your ex-roommate’s mom was a hot mess with a tragic death.  But Amy Winehouse wasn’t that person; she probably didn’t even know who you.  So let the public figures have their public ridicule.  She can’t be hurt anymore. 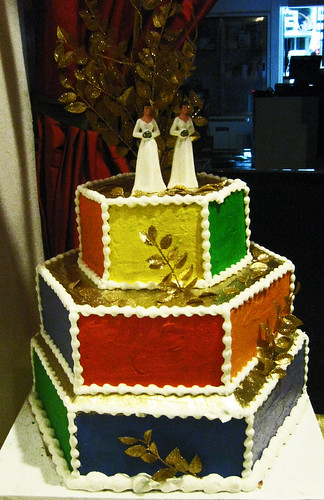 From ABC News via Sodahead: http://www.sodahead.com/united-states/should-gay-couple-sue-vermont-inn-for-refusing-to-host-their-reception/question-1996709/

Lesbian couple Katherine Baker and Ming-Lien Linsley were looking forward to their fully legal Vermont wedding later this year, and especially to their reception, which they had planned on booking at the Wildflower Inn in Lyndonville.

The Vermont Convention Bureau said it would be the “perfect … destination wedding” reception location.  Only, it wasn’t. Because the Wildflower Inn’s keepers “do not host gay receptions” due to personal opposition, ABC News reports.

Now, private businesses have a right to deny service based on sexual orientation… in some states. Vermont isn’t one of them.  Their attorney was right; this is clear violation of Vermont’s anti-discrimination law.

A place of public accommodation means “any school, restaurant, store, establishment or other facility at which services, facilities, goods, privileges, advantages, benefits, or accommodations are offered to the general public.

What does the law say about discrimination in places of public accommodation?
Such places may not, on account of a person’s sexual orientation, gender identity, marital status, or other protected characteristic, “refuse, withhold from or deny to that person any of the accommodations, advantages, facilities and privileges of the place of public accommodation.”

There might be some leeway with “general public,” but any autonomous individuals of legal age can get married and seek reception services.  So I say… you gay couple, sue the shit out of them.