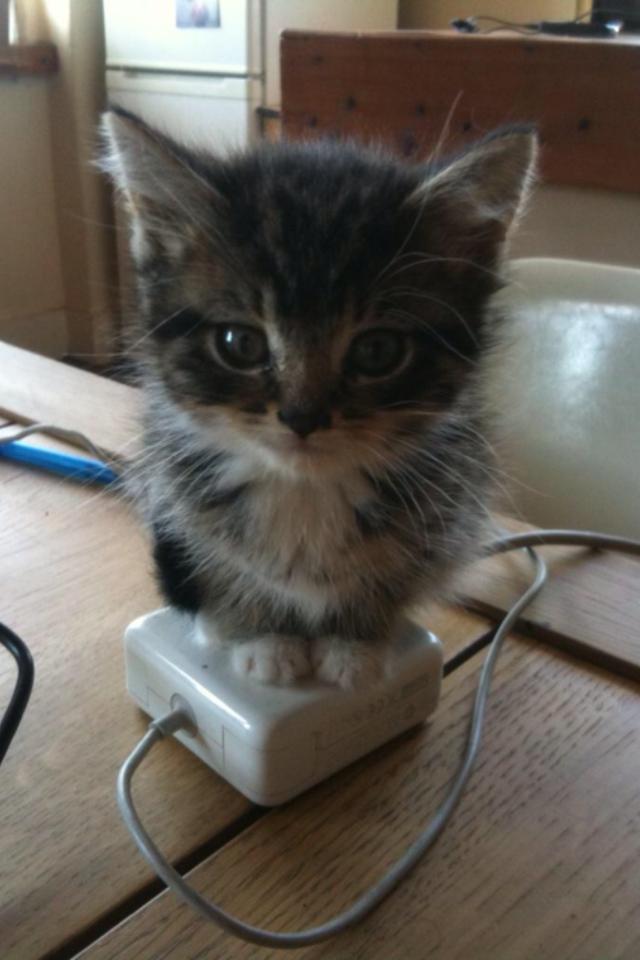 Not THE kitten. But who doesn’t like the Catbook Pro?

The Charlotte County Sheriff’s Office reported Everett Lages refused to leave the premises when the owner of Emerald City strip club said he wouldn’t be allowed in with the cat.

Rather than leave, Lages called 911. When deputies arrived, they called a taxi for the intoxicated kitten owner to get him and the pet back home, police wrote in a news release posted on Facebook.

The guy was subsequently arrested when he refused to pay the cabbie, and the kitten was taken by animal control.  Mugshot in the link.