Political polemic wonderboy, Matt Taibbi, wrote another great article in this May’s RollingStone on how exactly Dodd-Frank has been undermined by Wall Street and the Republican Congress that caters to it.  Yanno, that law Obama said two years ago would end taxpayer bailouts for good. Dodd-Frank is one of those things a lot of people who care about the world mean to read, but never do because financial legislation is fucking boring. So thanks, Taibbi, for reading it for us and laying out the implications of its slow repeal. “How Wall Street Killed Financial Reform” gave me some terms I didn’t know and expanded with useful information on others.

Commodities Futures Trading Commission:  The independent agency (required by Congressional statute, but outside the Executive dept. purview) that is tasked with regulating certain derivatives markets.

-Last year, Republicans tried to cut the agency’s budget by more than a third even though the financial market they were overseeing soared from $40 trillion to $340 trillion.

-Corporations love to sue to the CFTC (as well as the Securities Exchange Commission) for being “unreasonable.” 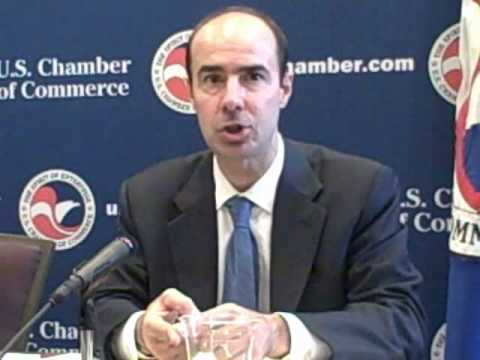 Proxy Access Rule:   A rule that would allow shareholders of a company to remove directors from the board via a proxy ballot, which would increase democratic power among stakeholders.

-Wall Street then employed lobbyists from The Chamber of Commerce and the Business Roundtable to sue the SEC, claiming they had not done a proper cost-benefit analysis.

-They would use this lawsuit strategy again and again to rip apart the rest of Dodd-Frank rule by rule.

Orderly Liquidation Authority (OLA):  Title II of Dodd-Frank.  It was supposed to create an FDIC-style fund in the event of a catastrophic liquidation, so that taxpayers would never again foot the bill (at least $19 billion) for a bailout.

-Ted Kennedy died mid-2009, Republican Scott Brown took his seat, and then the watering down of the bill began.

-The $19 billion required corporate pay-in to the fund disappeared.

Positions Limits:  The maximum number of contracts an investor is allowed to hold on one underlying security.

-Dodd-Frank regulation designed to prevent one speculator from controlling over 25% of a commodities market at any one given time. This is done to prevent crazy speculation, like what was seen in 2008 when average gas prices jumped over $4 a gallon.

-The CFTC was supposed to enforce the rule for energy and some other contracts starting January 17, 2011. But the machine-work of bureaucracy turned, it never happened, and if lawsuits go the way they’ve been going, it never will.

-I.e., it would restrict banks from making risky gambles with taxpayer-insured money.

Read Taibbi’s article online to learn the five steps that corporations use to kill any legislation. There is plenty of ammo in there for debating libertarians, including how this tedious, technical legislation affects us all.