[] Came here to say this

[] I know this will never be seen but…

[] This will be downvoted to hell/buried but…

[] An upvote for you, good sir

[] You are a gentleman and a scholar

[] Edit: Thanks for the gold, kind stranger!

[] Anne Frankly I did nazi that coming

[] This is why we can’t have nice things

[] Right in the feels

[] I regret that I only have one upvote to give

[] What are you doing, stahp

[] That’s enough internet for me today

[] Circlejerk must be leaking

[] I have the weirdest boner right now

[] I laughed way harder than I should have

with thousands of different opinions.

[] Step one: be attractive. Step two: don’t be unattractive.

[] Something something broken arms

[] Something involving sex with “your mom”

[] Broken Arms – Mom jerked him off

The Struggle is Real.

I did my research before singing with a so-called “content farm.”

The last thing I wanted, as a person who considers herself a decent writer, is to be exploited by a company with a selfish agenda that doesn’t respect quality writing. That’s what led to me Suite101, a Canadian-based publishing platform that is currently defunct. Suite101 was a moderately pleasant surprise.

You had to apply and submit a writing sample to start writing for them. You had editors. There was a $10 minimum payout. (Better than say, $50, which most writers will never reach.) The general quality of writing was well beyond the awful spew that is at the most well-known content farm, Examiner.com.

The item in the contract that caught my interest the most with Suite101 is that publishing exclusivity rights expired after a year. If you are a publishing company reading this, and you want to know what good writers are looking for in their contracts, take note now.

Because it’s been over year, I can now repost my content wherever I want and make money doing so. Copyright remains with me. The risk-free autonomy that this contract clause provided was amazing.

Suite101 never mislead me into thinking they were something they were not. They were open about how they made money and what the problems there were when ad revenue was down. They had a forum for the writers where they could connect as a community and give each other tips on how to write and increase readership.

It was a mutually beneficial partnership. I built a portfolio. I made some pocket cash. I learned how to use Google Analytics and I learned a lot more about SEO that will no doubt help me in my future writing endeavors.

Suite101, if you are ever coming back and figure out a sustainable business model, I would be happy to write with you again.

oh Father, I have never known
disappointment like yours.

the crows that left their feet dented in your drawing board

dive into view as I defy my destiny.

we are reckless because we evolve; we are mortal and motionless and instincts for survival collide at ninety degrees: an instant made solely of broken feathers,

I’ve had this partial poem in medias res stuck in a word document for over 8 years. Like a lot of things in my life, I have no idea how to begin or finish it. So here it is. Something with the potential to come in third place at a poetry reading if only it had a frame.

This is the first time I’m depressed during the summer for no distinct, discernible reason. The variable here is the Seroquel, which is great for the panic disorder, terrible for things like paying attention or enjoying life. Oh, and the being stuck in a poverty trap, because I need to keep my income low to qualify for Medicaid.  ‘Merica.

This is a pretty emotive acoustic piano cover of Brand New’s Jesus Christ:

I’m still an atheist, but I’ve always been fascinated with the cultural power of religious imagery and also as literary archetypes. The doctrines might be bullshit, but stories have staying power for a reason. And that’s the part that interests me. How do you pierce the collective consciousness with your words?

Mary Karr does it pretty damn well in this piece that was obviously about David Foster Wallace:

in your otherwise-only-probable soul. I wonder does your

loved you as if our collective cpr stopped

too soon, the defib paddles lost charge, the corpse

punished us by never sitting up. And forgive my conviction

that every suicide’s an asshole. There is a good reason I am not

God, for I would cruelly smite the self-smitten.

I just wanted to say ha-ha, despite

your best efforts you are every second

alive in a hard-gnawing way for all who breathed you deeply in,

each set of lungs, those rosy implanted wings, pink balloons.

We sigh you out into air and watch you rise like rain.

We are just interjections, enjambed upon the line breaks of our lives. 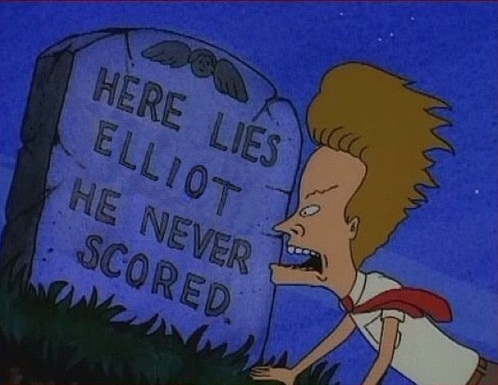 Rust Cohle has some philosophical overlap with Kanye.