I tried to continue my Annotated Transcript series. But, honestly I’m burned out, and this debate was dryer than Michelle Bachmann’s vagina. If only Mitt Romney would awkwardly touch an inflammed Rick Perry. It would have almost made those 90 or so minutes of my life worth it.

The one part that made my blood boil Ron Paul was towards the end when they asked Ron Paul about wildly inflated education costs and he somehow ended his statement by suggesting to audit the Fed.

Inflation has risen 250% since 1978. Tuition costs have risen over 900%. We already have private colleges; where’s your free market now? According to Ron Paul’s answer, somehow subsidized loans are the cause.

I’ve had a superficial bet for sexual favors going since early last year that Mitt Romney was going to win out over Perry. It’s looking like I’m getting some. By the time I made this bet, I had already won my bet that Mike Huckabee wouldn’t run, but hindsight 20/20, Mike Huckabee must be crying himself to sleep every night for not running.

The Winner of the Debate:

Jim Cramer – for braving national TV without the context of funny sound effects.

“To a state… where dreams are made and crushed.” -Real quote from the 10/18/11 debate opener, unlike the rest of this post.

Anderson Cooper takes a break from encouraging kids to break their necks to grace us with his silver fox presence for yet another liberal-media-makes-awkward-conservative-associations debate.

Herman Cain: “I should have gotten an immunity pendant from the last debate.”

Michelle Bachmann: “My flashy outfit could not compensate for CNN’s 5-person-wide camera shot of the stage and their strategic placement of me at the end.”

Newt Gingrich: “I found my centrist God while on a nuclear vision quest on Yucca Mountain.”

Rick Santorum: “Being a massive dick will help me seem more straight.”

Mitt Romney: “I’m going to knife Rick Santorum backstage after this show. I’m not going to bother with Rick Perry, because I think he’s already accidentally knifed himself.”

My analysis of the last debate, specifically the 9-9-9 plan is here. Annotated transcripts of previous debates here and here.

@ChaseRoper tweets, “I’m feverishly taking notes of this debate so I can work up a spec script and pitch it as Saw VIII. #tweetthepress #GOPdebate” 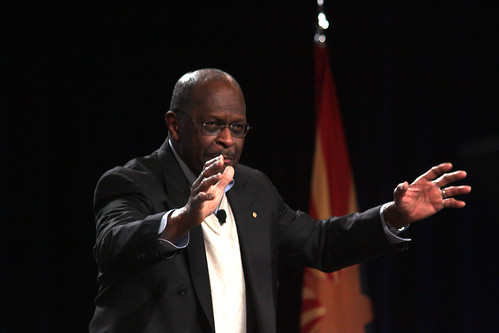 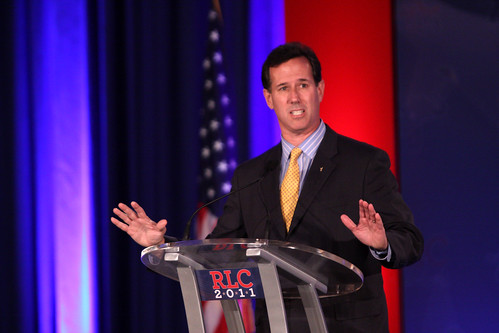 This is a spontaneous endeavor, so bear with me.  Popping my liveblogging cherry!

8:03  I haven’t watched many debate openings, but is that how networks normally present them?  ”Rick Santorum – The Fighter?”  Isn’t “the guy who needs to quit now or will go broke” a more appropriate epithet?  I love how they later referred to Herman Cain as the “pizza guy.”  Is this a debate or a reality TV Show?  I guess both.

8:13 Nice of you to talk to Michelle Bachmann first, unlike MSNBC’s snubbing of her last time.  Her answer was still terrible though.

8:18  “We’re having a conversation, right now.”  Mitt Romney to Rick Perry.  The moderators are letting some bickering go on.  The crowd loves it.  The “ooh ooh ooh ohh!” coming from the crowd is deserving of some fist-pumping.

8:30 I wasn’t really paying attention to Mitt Romney’s talk about growing the private sector, because I was busy admiring at his gorgeous salt and peppered coiffure.

[The Indecision Live-blog  says, “Does Ron Paul for serious think that we’d ever elect a person who wears a plaid tie?”]

[Andrew Sullivan says Rick Perry has a “smug teflon smirk that this crowd is lapping up… As he strutted onto the stage he looked like a rooster in an Italian suit.”  Accurate analysis.]

9:07 If this was a slow talking contest, Rick Perry would win.  He’s so ashamed of his Gardasil stint.

9:09  Still, I get the impression Rick Perry is really afraid of dying of cervical cancer.

9:25 “I’m Wolf Blitzer, now back to the… psych! Back to commercials.”  What was the point of that?  Thanks for letting me know your name, Wolf Blitzer.

9:31 Ooh, Rick Perry got his first boos.  I’m glad the mods and other candidates are calling out RP on his hypocrisy.

9:38  My immigration attorney boyfriend got Jon Huntsman’s H1-B reference. He’s the only one.

9:46 What would you bring the White House if you moved in?  A Bible.  A Bible.  Another Bible.  An army of unvaccinated foster children.  And not Mexicans.

9:50 There’s nothing I want more than a creepy bust of Winston Church in my house.

That’s a wrap!  All that happened tonight is that we’re reminded that Michelle Bachmann is against the violation of little girls, Rick Perry regrets violating little girls, and Tea Partiers will boo at anything that doesn’t involve wrapping themselves in the copies of the Constitution to ward off the terrorists (and the Mexicans).

Click here to read to my annotated transcript of the Sept. 7 Politico-sponsored bitch-fest. 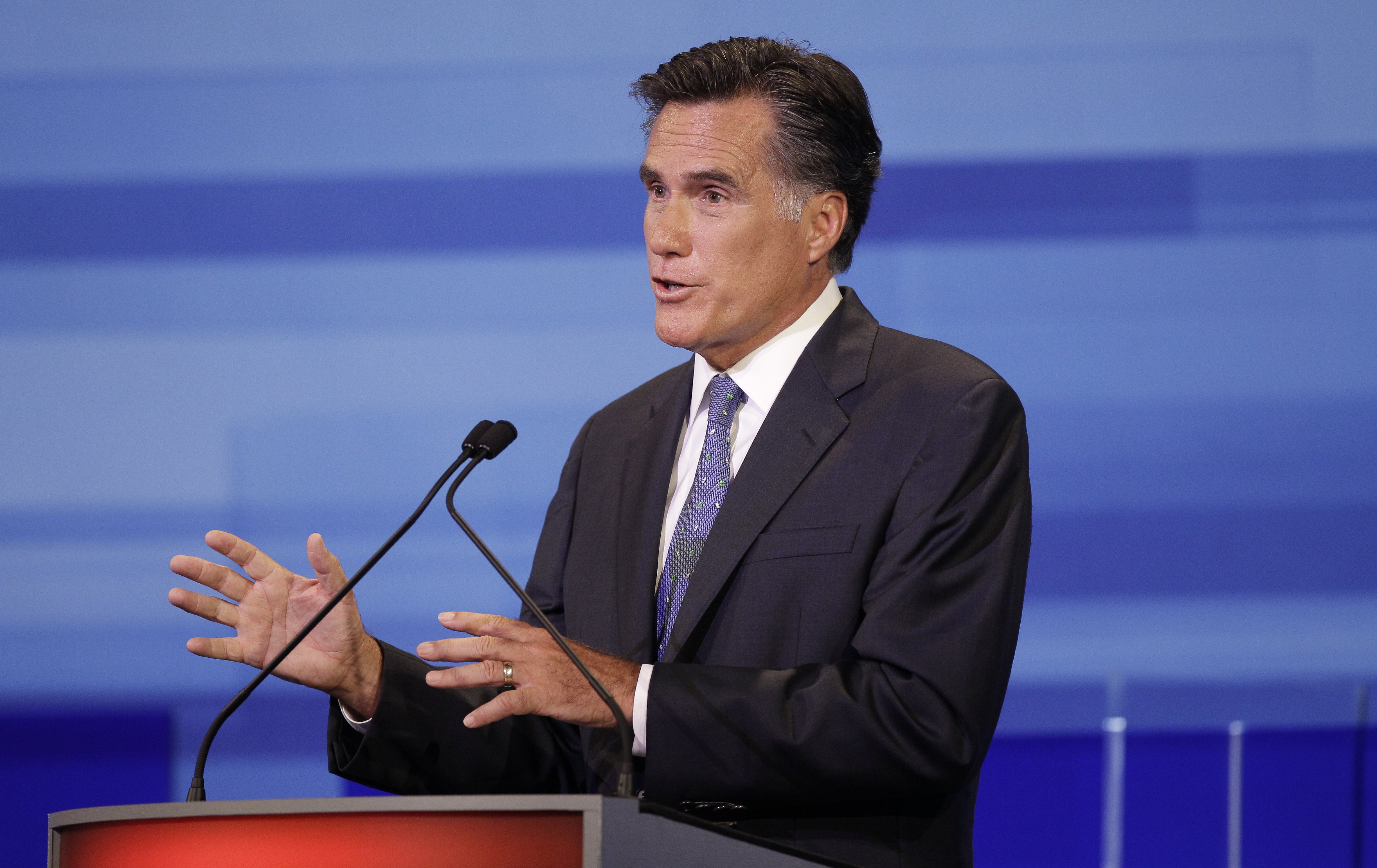 Rick Perry: “Fuck Mitt Romney.  (And the Mexicans. Execute them all.)”

Rick Santorum:  ”I’m sorry.  My mouth is too full of fecal matter to make a difference.”

Ron Paul:  ”The free market will always give it to me better than Rick Santorum.”

Herman Cain: “I would have good talking points, if only the audience didn’t want to lynch me.”

Jon Huntsman: “I’m above these partisan politics.  Not.”

Everybody: “Barack Obama is a failure and socialist!  Lower taxes!  I will suck the embalmed cock of Ronald Reagan!”

For the real debate, watch it on Politico or read the full transcript from NYT.