Crystal Pepsi had a short run from 1992-1993.  I don’t really remember it because my mother was a health freak and wouldn’t buy soda. Besides the obvious difference of being clear, Crystal Pepsi was also non-caffeinated.

I’m not entirely sure why it never took off; maybe some people found the clear version confusing when it tasted exactly like the original.   I do wish they would bring it back with caffeine, because it would be a great mixer.

Another thing I don’t remember too well is Coke II, which was introduced in 1985.  Fortunately, someone with too much time made a really long wikipedia entry for New Coke/Coke II.

The story is that the reformulated Coke outperformed its predecessor in blind taste tests.  But after replacing the original formula, the public backlash was harsh.  According to a psyhiciatrist hired by the company, some customers that called the Coke Hotline “sounded as if they were discussing the death of a family member.”

New Coke ran alone for only 3 months before the company reintroduced Coke Classic. Coke Classic and Coke II were both available on the market until the late 90s, when Coke II was phased out and discontinued entirely by 2002.

3.  Oh, childhood television advertisements with creepy mascots.   Somebody actually took the time to aggregate all of the Pizza Hut Pizza Head commercials:

I could only watch a couple minutes in before his voice got unbearable.

4. I think I had nightmares about that happy face shirt that ate tye-dyed Fruit by the Foot. 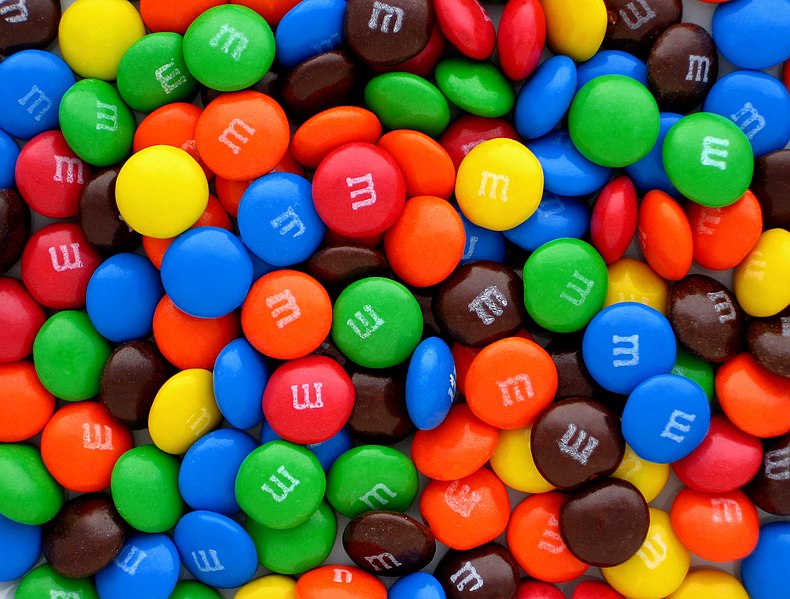 I haven’t seen them recently but I was happy to discover that they do still make M&M Minis.  Good, because those plastic tubes are the perfect size for storing joints in.